Rome was the capital of the Roman Empire and retains many vestiges & monuments of this period. Indeed, the Colosseum, the Roman Forum, the Pantheon, the Campidoglio, the Trevi Fountain, the Piazza Navona allow it to be an open-air museum of the Ancient Rome for the happiness of all tourists. 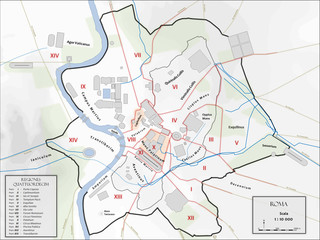 The foundation of the city of Rome is legendary and is attributed to Romulus, a descendant of Aeneas, who was raised by a she-wolf, with his brother Remus and have founded the city of Rome on April the 21th 753 BC. Today, many Roman monuments such as aqueducts, arches, forums, circuses, bridges, baths and amphitheatres have survived the years and are today witnessing the life of the Roman and power of the ancient city.